What a relief it is to be out of the tourist belt! It rejuvenated my appreciation for being alone and only hearing the sounds of nature, instead of relentless noise pollution.

I was visiting a place I hadn't seen in years. It hadn't changed much -- is that not the ultimate compliment?

I rode along, hoping for semi-smooth dirt road surfaces. Ponderosas hung onto the edge of the mesa and immediately transitioned to sagebrush and grass, without the usual buffer zone of pinyon/juniper trees.

Nobody was here, no cars blasting by with thumpah-thumpah sounds coming out, no Razrs screaming by. The ultimate luxury.

What is this coming up? Why are there horses here? 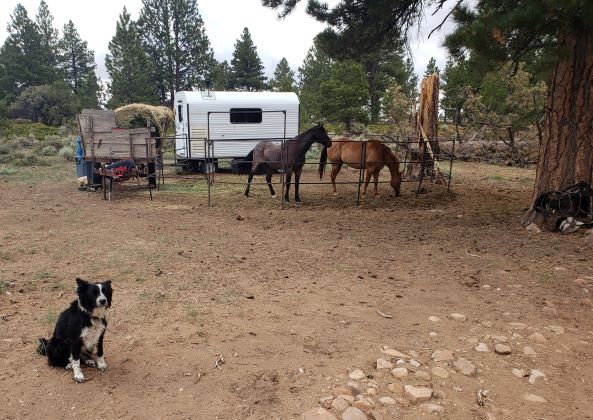 It was a mobile shepherd's hut. I believe there is a small company in Utah that manufactures them. They come with a broom attached to the outside of the hut.

Two herding dogs noticed me and became agitated. The red heeler was not friendly but I wasn't too disappointed -- you aren't supposed to treat workin' dawgs like pets. But the border collie came out to greet me. She was almost coaxed to come up to this stranger on his weird two-wheeled machine. How many bicycles have these dogs ever seen? The horses were agitated, too.

I didn't intrude on the shepherd but I wish he had come out for a chat. He has an unusual life. Of course the shepherd might only speak Spanish...or Basque.

Further on there was an earlier generation of trailer, and of course it was even cuter. 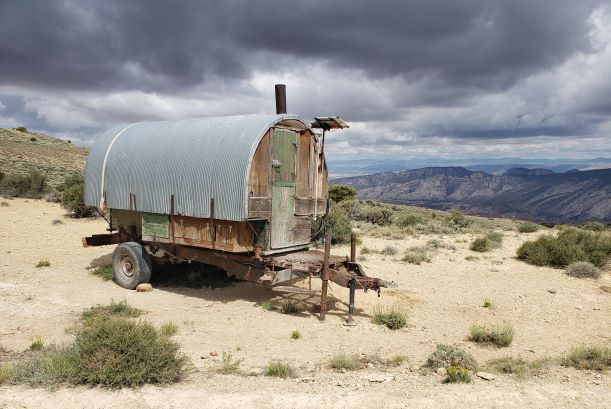 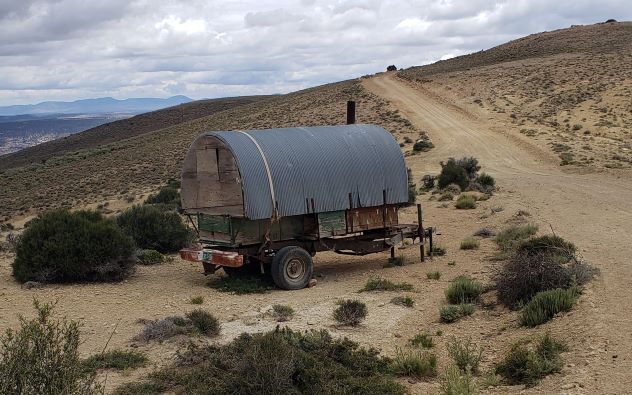 But the venerable hut had a little solar panel attached near the front door. Why would a shepherd need that? To charge his smartphone? I suppose he has a "herding" app that he needs to check. There was a small flock of sheep a short distance away, drinking at a pond.