Return to Life on Planet Earth

When campgrounds get noisy, the best thing for the host is to hitch up and leave, that is, move someplace a couple miles away. In just six hours or so, the noisemakers will settle down, or in a day or two, leave. (That might not seem fair to the campers who stay but some don't mind noise, and in any case it is their own fault for coming to these public campground ghettoes. What do they expect?)

That is what I did the other night. It turned out to be a blessing in disguise.  The roads in the area were sandy -- duh -- considering the local tourist trap, that was no surprise. But I was surprised by how much green vegetation was around. Not trees or shrubs. "Ground vegetation" you might call it.

And it was green. That is a color I have almost forgotten. There were a few cactuses with red blooms, some yellow flowers, and my favorites, the white. 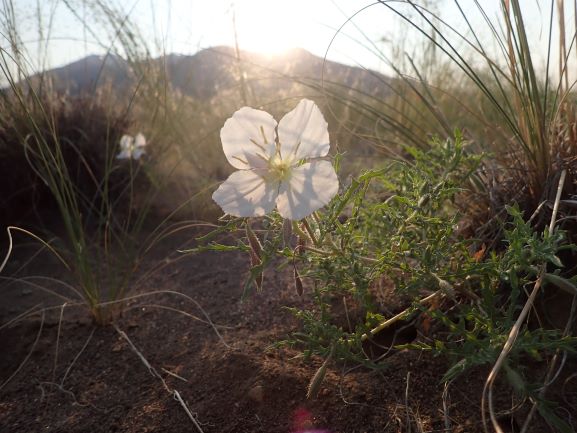 When I look out at grazing land, I don't really know which plants the cows can eat. But they were finding something: the cows were fat and sassy. Seriously, I have never seen cows that were so lively.

This experience was becoming pleasant. As an another advantage the cows are intelligent compared to Coluhraduh scenery tourists, although their bathroom habits aren't much better.

What a mistake I had made earlier when I described this land to tourists as ugly. It was beautiful, lush, and useful. That made it a rare prize in a state like Coluhraduh, known mainly for scenic rubble and half-dead forests.