Bouncing Back From Fire

What is the history of this forest/sagebrush boundary that I'm camping in? There was a fire semi-recently. I can hear the chainsaws of local firewood gatherers a couple times per week.

For some reason, burned forests don't scare me off. For one thing, the breeze blows through them better than for a normal tangled forest. And the view opens up.

I wouldn't even say burned forests are ugly. There are lots of fuchsia flowers between the burned spars. Rather pretty. 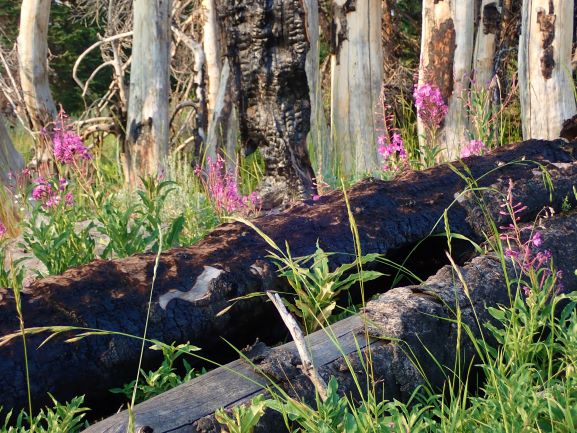 It is true that my road would never make it onto "America's Top Ten Wildflower Auto Tour" package deals. Maybe that is why one field worker drives by per day, instead of heavy traffic from Jeep Wranglers and RAZR side-by-sides.

So what do I do: just gawk at the fuchsia flowers for three minutes and then leave? That sounds too easy.

Maybe the local forest has something better to offer than eye candy -- such as drama. Forest fires are no joke. I camped right across the road from one once. It was right on the edge of what was legal because of the evacuation. I'll never forget it. 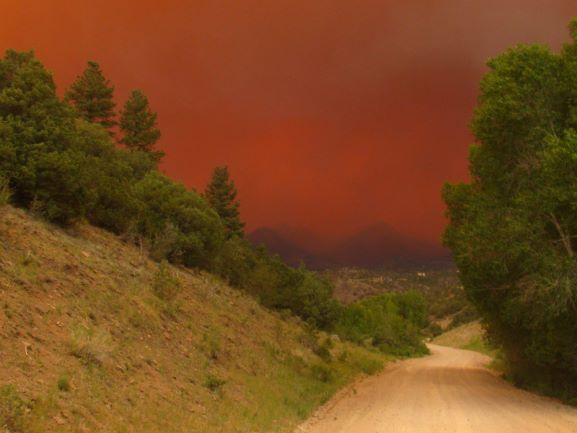 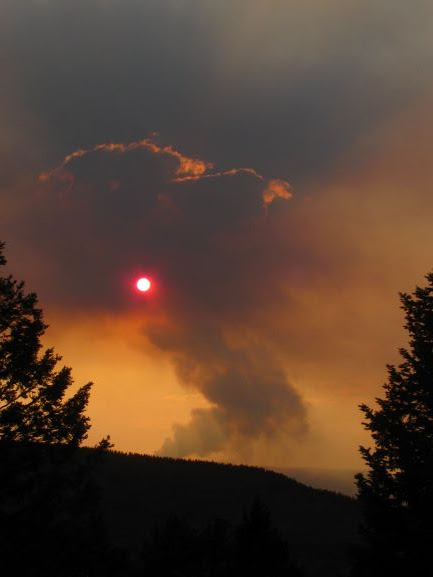 The forest fire itself is a violent kind of drama, but there is another kind. Think of the climactic bloodbath at the end of the movie "Mission." The moviemaker was humane to the audience: he gave them something to feel good about. Little naked Indian children of both sexes paddled away from the slaughter. They had survived somehow. Life was going to go on.

The same thing happened in Atlanta GA after Lincoln's War and across Europe after the Gotterdammerung of World War II.

This burned-but-recovering forest has a lesson to teach visitors who yearn to escape crowds above all else. They must go to places that are difficult to like for some reason or other, and then through physical or mental tricks, learn to love it.