Plato as a Campground Host

Help me here, people. I am trying to get worked up to doing a little homework on the Mind-Body Problem of philosophy.

But before tackling this, it is worth noting how being a campground host opens your mind up to question democratic pieties of the 1800s. Countries ratcheted their way towards universal suffrage back then, as if going one more notch in that direction was "Progress." I wonder if any of the mighty theorists of universal suffrage had ever worked at a retail store or as a campground host.

Now that I have made excuses for dismissing history and political sciences as useless theorizing, let's move on to philosophy.

Let's take Plato as the symbol of the Mind-Body Problem. He was a male. Would a female philosopher, tied closer to the circle of life, be as easily taken in by the notion of disembodied thought?

Didn't Plato have a house-full of slaves and servants that got him out of doing a hour of honest work in his life? That also makes it easier to sit on a cloud and look down on the grubby, material world. 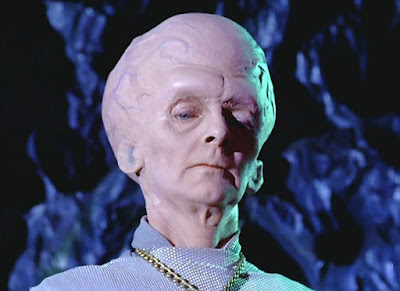 Didn't he spend most of his life blabbering away in front of a circle of spoiled rich adolescents, hearkening to every word he said, and lacking enough experiences in their young lives to challenge the great man.

When you are around tourists at a campground you realize how puny human thinking is: it is trapped in a few inches inside one person's skull. People either can't or are unwilling to think about how their behavior affects anybody else in the universe. They have no perspicuity. I could give you juicy example after example, but I think you get the idea.

But according to the windbags, their Mighty Thoughts transcend all space and time, instead of being tied to a few cubic inches of wrinkled grey goo between the ears. Their mighty thoughts float through the universe, completely detached from anything material or experiential, and reveal absolute truth and divine truth, completely free of the humble limitations of the little creature who is doing the thinking.

kaBLOOnie Boonster said…
Thanks Barney, we optimists have to 'hang together, or we will hang separately.'
May 22, 2021 at 6:05 AM