It Gushes Right Out of the Ground!

To a photographer it would be hard to beat the works of ancient Rome when it comes to water. But a mountain biker in the western states might find other "hydrology" projects more interesting, such as the remains of an "ancient" project I stumbled across recently in southeastern Idaho. 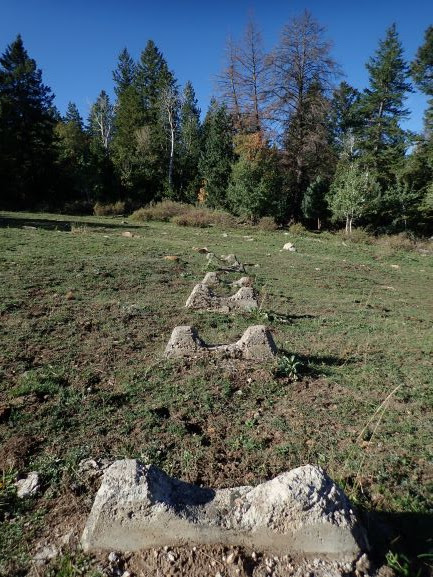 The interest came from the surprise-factor and the endorphins, of course, not from its value as a tourist postcard. It was cute that the local towns boasted of soda springs and hot springs.

But it has started a theme for me: to appreciate springs where water flows out of the ground. This started in Wyoming a few weeks ago. Then it continued into Idaho, and now back to Wyoming, yesterday.

We were "mesa-bagging", as opposed to the more conventional "peak-bagging." It seemed early for the aspens to turn yellow. 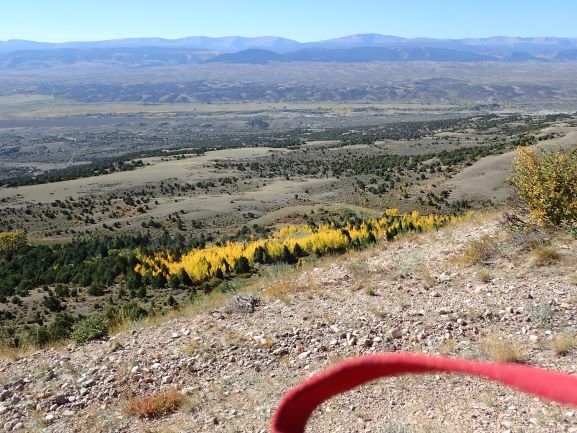 Drought isn't all bad if it helps you appreciate running water. We followed a surprise descent off the mesa and then ran into a tiny little stream that must have come from a spring half way up the mesa. The flow was perhaps two gallons of water per minute.  But that was enough to create its own little strip of heaven. The sagebrush disappeared, the shrubs became trees, and some of the vegetation was the type you would find in a marsh near the edge of a pond.

There was even an amazing little campsite on the two-track road back to the van. 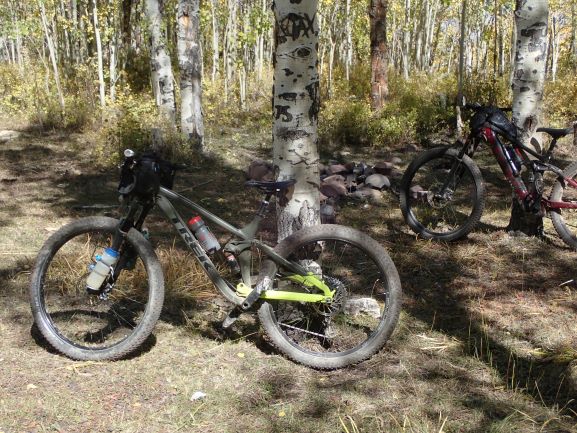 Camping in aspen is quite fun, with just enough shade, while preserving some refreshing openness to the sky. 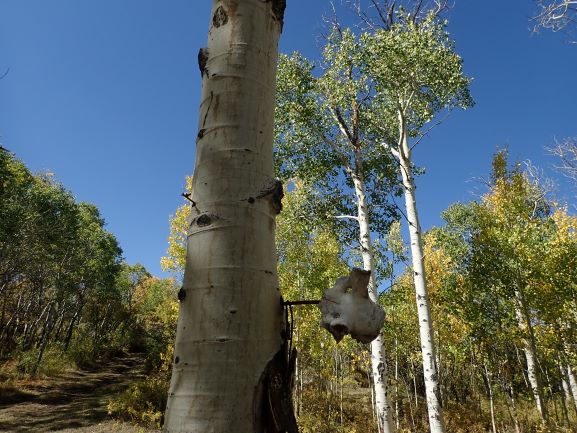 The Wikipedia articles on "natural springs" and "hydrology" were above average. But I still have lots of questions about springs, such as, why are they so rare?

Perhaps the side of this big mesa sprouts a spring because snow melts slowly and sinks into cracks, rather than running off at high speed as it would from a steep mountain. Also, the geology seemed to have a lot of loose rocks that melting snow could soak into.

With droughts, the usual "checking account" of rain and surface water becomes a nullity. So we have to shift our attention to the "savings account" under the ground.