Speech Therapy Needed for the Brits

Since I strive to keep this blog "fair and balanced," the last post should be followed by some praise of nomad videos. That is easy. I am in love with "Tinie Planet" on You Tube. How can a guy resist her?: European scenery (instead of the hackneyed Arizona stuff), excellent drone photography, and she never stays in boring campgrounds. If that isn't enough, she has gorgeous eyes, effulgent young-womanish hair, and a pleasantly feminine manner. What a darlin' !

...except for one thing: I have a hard time understanding her, even though she is supposedly speaking "English." Relatively late in life I have acquired an interest in spoken languages. Written languages don't intrigue me, since dictionaries and pedagogues freeze spelling at certain points in time, whereas the spoken language keeps evolving. 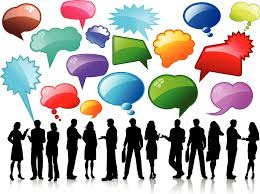 Understanding "English" is also a problem in podcasts and audiobooks. I can barely understand Australian, and English "English" is quite difficult sometimes.

It comes down to "rhoticity."  ("Rho", ρ, is the Greek letter that corresponds to "R" in the Latin alphabet.) Most of us Americans are rhotic -- we love to pronounce the "R" especially in words where the English wouldn't, such as car, far, park, store, etc. (I wish that Kevin Stroud would discuss this issue in his "History of the English Language" podcast.")

In case you think I am beating up on non-rhotic speakers too harshly, and that I'm praising American rhoticity just because that is what I'm used to, imagine if I went to England and 'uddenly 'topped pronoun'ing the letter "S". Wouldn't that bother them?