Back to a Sub-Yuman Existence

In case there was any doubt that 'absence makes the heart grow fonder,' it was removed yesterday as I drove around the Yuma area. The green irrigated fields look gorgeous, especially in the context of the barren backdrop. 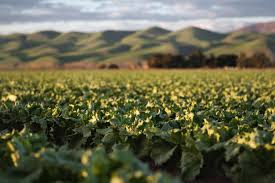 As I drove through town I wondered why traffic was so light? Was it the absence of Canadians? -- no, that couldn't change the traffic by more than 20%. Normally traffic is one of things that makes Yuma my least favorite place in the Southwest.

Is Yuma finally coming up in the world? That is, is it now my second-least-favorite place, with St. George UT being the least favorite?

Perhaps I was feeling semi-euphoric just because it wasn't hot for a change.

A bicycle shop had relocated downtown Yuma. There was a little bit of life downtown. It used to be dead. It always seemed like downtown Yuma was under-utilized and under-appreciated. Perhaps I am a Kunstler type guy after all, and become sentimental when a downtown has some life, pedestrians, and bicycles.

I hit a local bakery that I used to love. And having large grocery stores meant artisan bread!

So I enjoyed Yuma after not seeing it for a year. It would probably be prudent to enjoy the honeymoon while it lasts, but not expect it to last long.