July 24, 2011
Relatively late in my RV career I discovered the van camping sub-culture in the blogosphere. They are especially fun when written by a young idealist. What is it that makes them so pleasing to read? Is it because, like the opening of a famous Dickens novel, they are wondering aloud whether they will be the hero of their own lives? Or is it that they see their life as a noble experiment?


It's not so easy to explain the satisfaction that many people get from downsizing their junk. Previously I laughed off the pseudo-religious pose of Asceticism. It is more sensible to think of the pleasure of consciously dwelling on your possessions instead of taking them for granted. Being organized is a humble pleasure not to be overlooked; I admit to flaring up into an instant rage if I can't find something already owned.

Unfortunately the charm of van camping blogs soon wears off. As you read along, you step down from the vividly concrete, to the humble, and finally to the picayune. Well chosen details engage the mind when they are threaded in thought to bigger and more general concepts, or at least to important details in the reader's life. But a surfeit of practical details leave a clutter of frayed threads in the reader's mind. 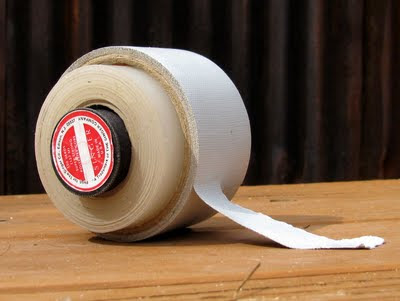 Is this just snobbishness? Samuel Johnson wrote a travelogue of his and Boswell's journey to the Hebrides, the western isles of Scotland.


These diminutive observations seem to take away something from the dignity of writing, and therefore are never communicated but with hesitation, and a little fear of abasement and contempt. But it must be remembered, that life consists not of a series of illustrious actions, or elegant enjoyments; the greater part of our time passes in compliance with necessities, in the performance of daily duties, in the removal of small inconveniences, in the procurement of petty pleasures;

But the world has changed since Johnson wrote. Now we blast around in cars all day, through stop-and-go traffic, playing chicken with oncoming traffic when making left hand turns; off we go on another shopping trip to buy some more crap for the house. By the time we are middle-aged a thoughtful person has realized that his life has become mindless momentum. He is trapped by impedimenta, paid for by a job that he doesn't even like.

This brings us closer to the fundamental satisfaction of downsizing. Each year of walking around on planet Earth I become more convinced of how little I can affect the world. Old age makes it easier to accept.

And yet the world does allow a private sphere for each person: it doesn't actually coerce us about what to eat, say, pay attention to, or spend money on. It is easy to fail to take advantage of these personal sovereignties, just because of mindless busyness and the imitation of the crowd. Maybe a quiet rage burns in the heart of a van camper as he quietly arranges his nest.

kaBLOOnie Boonster said…
Thanks Bob, but don't be so bashful next time and give a longer opinion. Or do I bite people's heads off?
July 25, 2011 at 6:36 AM

Anonymous said…
The quantity of possessions one has is a matter of relativity. In my own case, as an example, my wife and I have just concluded a 2.5 month ramble starting in Florida and basically doing a lap through our North West. I think this might be known as "windshield touring" by some. For us, it was an opportunity to lock the FL house and leave it and all our stuff behind, packing only what we considered essential for the trip. We each had only one soft-sided carry-on bag for clothes, and a common plastic tub for fleece and shoes. We towed a new hard-sided pop up trailer and outfitted it minimally. We had a 2 CuFt Fridge which to us was luxurious, accustomed as we are to ice chests. The most important item in the fridge was a 5 liter box of wine for our daily 4pm ritual of wine and cheese. So how did it go? After 10 weeks living in a 12 x 6 box, we were still on speaking terms, and needed nothing to live a full life. The proof was returning home and for once, neither of us said, "It's good to be home."

Anonymous said…
My Urologist, Eye Doctor, Primary Care Guy, Dentist and Audiologist all wanted to see me. Medicare, ya know.