Melodrama with a Butterfly

August 25, 2010
Arkansas River Valley, Colorado, a couple summers ago. Over the years I have learned how to turn some of my dislikes into advantages. Much to my surprise the result has been melodrama, performed on an outdoor stage. A melodrama needs a villain of course. The consummate outdoor-villains are forests, especially if they are dark, thick, and buggy. Going into a forest on foot or wheel takes some real effort; you have to imagine that the suffering will eventually turn productive.
Just when I start to give up hope I see some brightness, some gap in the forest canopy opens up. The sun breaks into that gap and becomes the stage-lighting for a small performance stage on the forest floor where flowers and bugs run riot. The star of the show is that wing-artist, the butterfly. Sometimes a flutter in La Mariposa's dance coincides with a flutter of aspen leaves, as if they are applauding her performance.

One day there were at least eight different types of butterflies within a few steps of me. They have a gift for alighting on a plant and tricking you into readying your camera. Then they flit off, coquettishly. 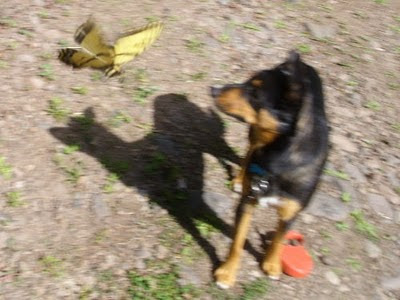 They can seem so playful, curious, and sentient for a mere insect. When you first see a new butterfly you only see disembodied, fluctuating patterns of color; an idea rather than an animal. But if you sneak up on one and catch it napping, you realize that it's just a bug! 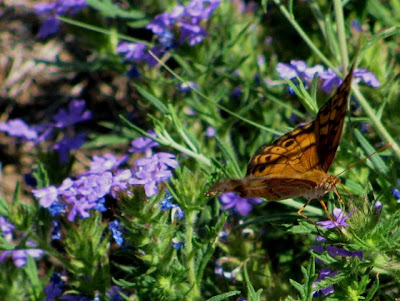