Despite being away from a northern or eastern climate for many years, I still expect some goodies in spring. I should know better by now. This part of the Southwest is nothing but tawny, dead grass in the spring. And flowerless.

So what is supposed to delight you on an outing in such an environment?

I was struggling with this question on the morning ride. The route was a good one. The weather was excellent. So who wants to entertain disappointments on a day like this? But when your dog slows down with age, a mountain biker can no longer get a buzz just from the exercise. 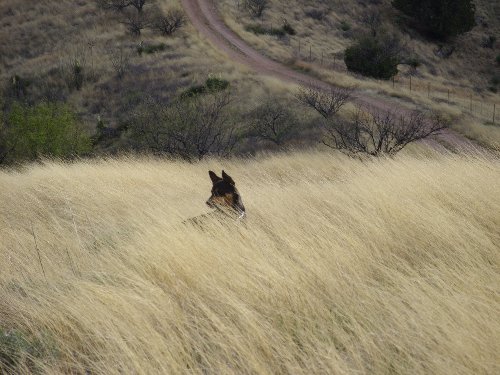 On the way back, two ravens disported with the wind along a grassy ridgeline. Ahh, that is what I was looking for. Although my dog can no longer hear well, thereby killing her obsession with ravens, I remain infatuated with 'ridge lift.' And there is something expansive and liberating when a camper finally leaves the hideous rubble and thorn pit of the lower Colorado River.

Thus the only 'flowers' possible were mental ones, coming from harmless little obsessions and enthusiasms.  But it was enough to make a boring ride, satisfying. 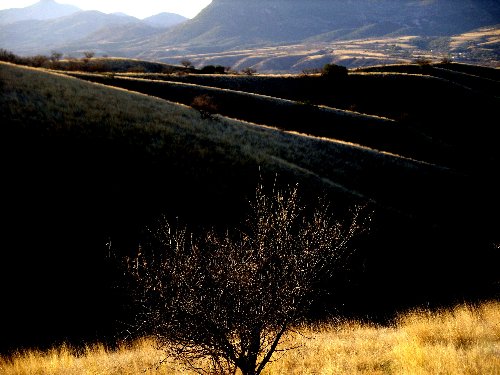