Playing Hard to Get

March 19, 2011
It's natural for a beautiful girl dog's thoughts to turn to Love with the spring weather we've been having lately. My kelpie, Coffee Girl, has a new playmate in the morning: a French Brittany spaniel, named Jake. (How declasse'.) I've never seen her act so silly before; she runs alongside him, licking his face. When he stops, she pushes the side of her body against his. A lot of good it does her. Jake is a (hunting) workaholic who has no time to waste on romantic nonsense.
He has another quirk besides this: he picked up a cholla thorn the other day. His owner had to hold him down, while I pulled the two thorns out. They barely required any pulling, yet he howled bloody murder about it. I couldn't resist giggling. 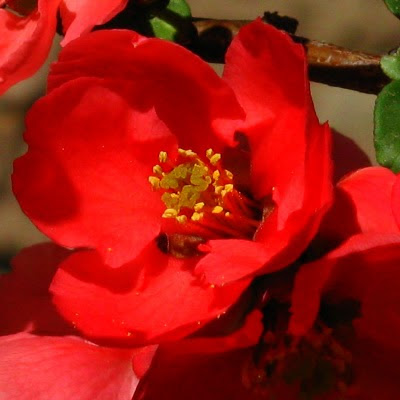 On our bike ride to town we saw an impressive, medium-sized, brown hawk that flew only five feet off the ground. A half dozen times I almost got my camera out, but he wouldn't cooperate. What a tease! It had a conspicuous transverse white stripe on the tail. It's funny how territorial hawks can be.

Closer to town we once again saw the only butterfly that I've seen this spring: large and black, with a light yellow transverse stripe on the rearward edge of the wing. I've come so close to photographing these guys, but not quite! 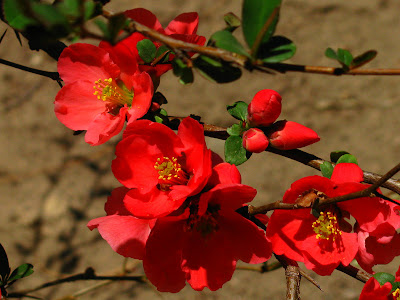 Finally we reached the usual coffee shop downtown, where one of the handsomest dogs in the world was relaxing with his human companion. Smokey is a mixed breed from the animal shelter. He has the good looks and star quality to get a gig doing dog food commercials. But he growls if Coffee Girl approaches him. What's a girl to do?